Three weeks from today, Chrissie and I will be flying from Manchester to Stockholm, via Oslo. We'll spend the night in a hotel close to the airport and, the following morning, we'll fly north to the small town of Hemavan. Here, late in the afternoon, we will begin our trek of the Kungsleden, the King's Trail, which ends around 270 miles further north at Abisko, crossing the Arctic Circle along the way. 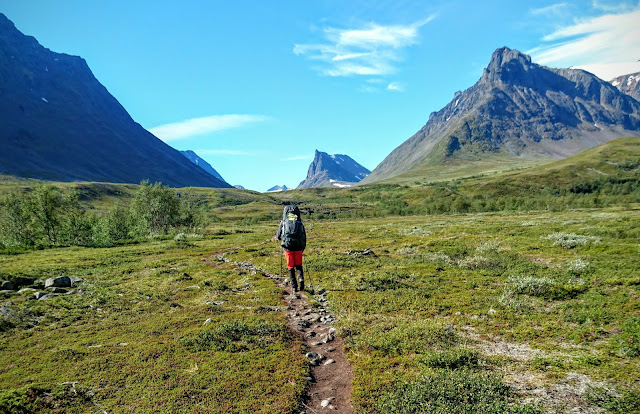 Traditionally the walk is done north to south but, having seen the beauty of the northernmost section, we decided to end there. 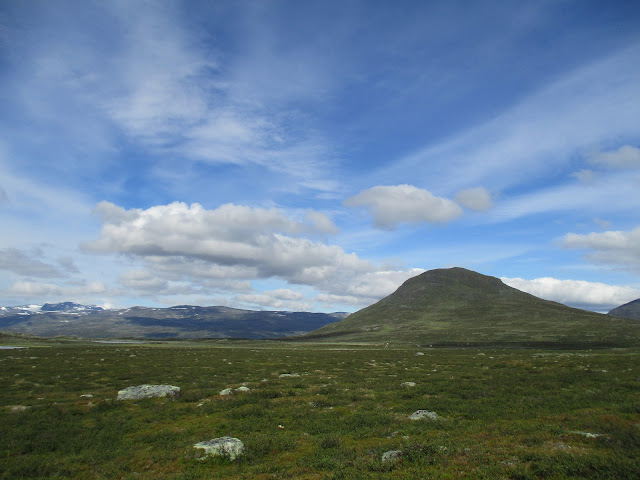 We've walked a couple of short sections of the Kungsleden already on previous trips and been sufficiently enamoured to want to tackle the entire route. 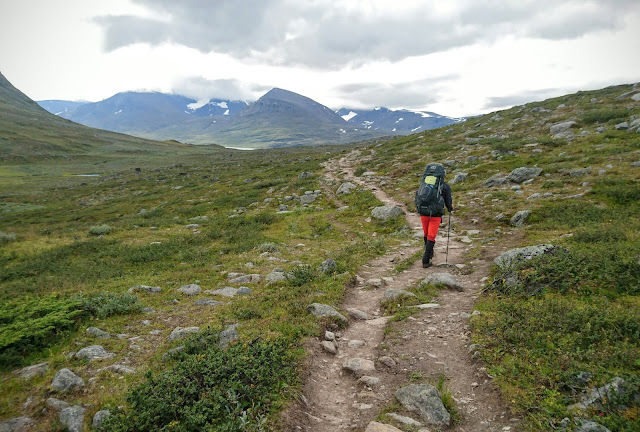 Although we have lots of backpacking experience we've never tackled anything this long before, primarily because of  our precious dogs. However, after lots of debate, we've decided that, for once, they'll be fine left in the care of a very trusted local kennels.

We've allowed 31 days for the hike, including three zero days (when we'll take a break) and one spare day, just in case.

As ever, we'll carry all we need to camp along the way but have planned a couple of nights in hostels.

The STF (Swedish Tourist Association) have huts along much of the route, offering a variety of accommodation from basic hostels to full service ones, with showers and restaurants, at a couple of roadhead sites. Many have small shops and we'll be using these to resupply on our journey. Hence, unlike our previous forays north when we've carried up to nine days' food, we'll set off with the lightness and luxury of only three days' supplies. 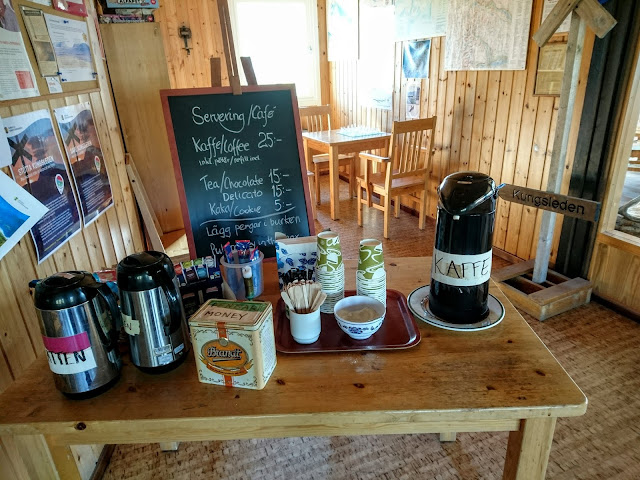 There are several lake crossings along the way, at least one of which we'll have to row. Many have a motor boat service, for a considerable fee. The rowing boats have a system whereby, with three boats available, at least one must always be left on each side. Hence, if you arrive at a point with one boat on your side, you are obliged to row over, tow one of the two other boats back and leave it, before rowing across again, thereby crossing three times. We're hoping for the sight of two boats on our side. Fingers crossed.

This trip's been long in the planning but, just recently, we came to the conclusion, given the events of the past twelve months, that we'd like to try to raise some cash for Kidney Research UK. Hence, we set up a Justgiving page last night. You can find it here. Already, thanks to a lot of kind folk out there, we've had several donations, for which we're both extremely grateful.

Our good friend Jamie contracted chronic kidney disease in 2017, leading to my donating a kidney to him earlier this year. The good news is, we're both fully recovered now. The bad news is, there are thousands of others suffering with this horrible illness. The work of Kidney Research UK is vital in finding ways to treat and hopefully eradicate this disease in the future. Please donate if you are able. 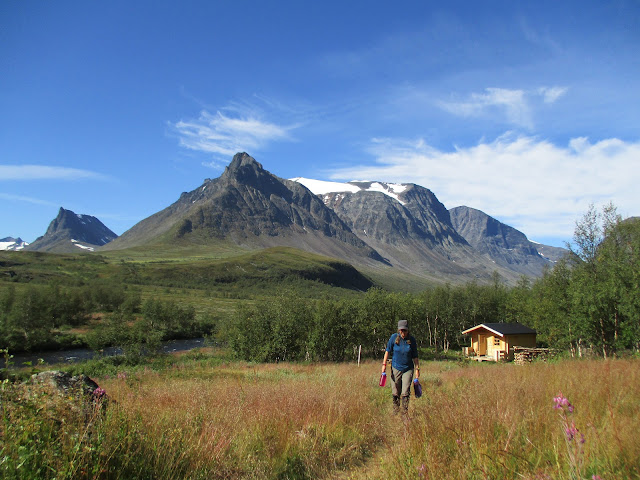 We'll stay in a hostel in Abisko for a night at the end, before a train journey to Kiruna, another night's accommodation and flights home. The entire trip will take five weeks.

Wish us luck. We hope to be posting on Twitter along the way, when coverage is available. For now, you'll have to make do with a few more pics from a previous Swedish trip. 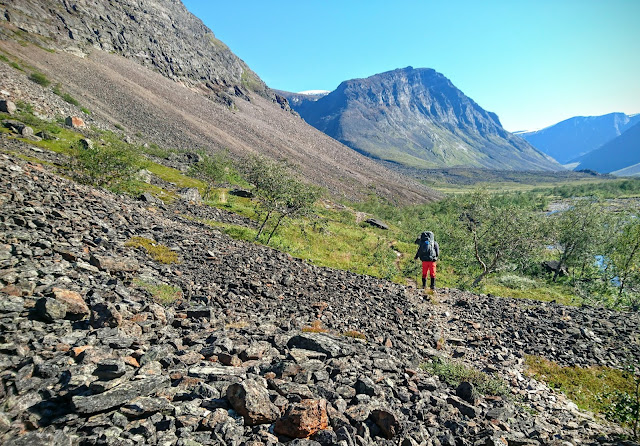 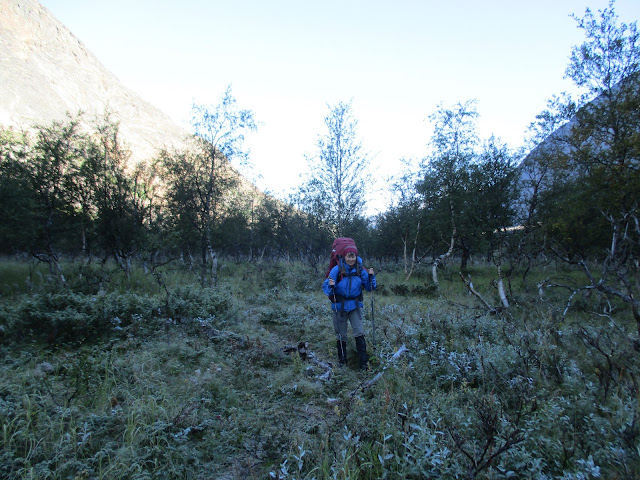 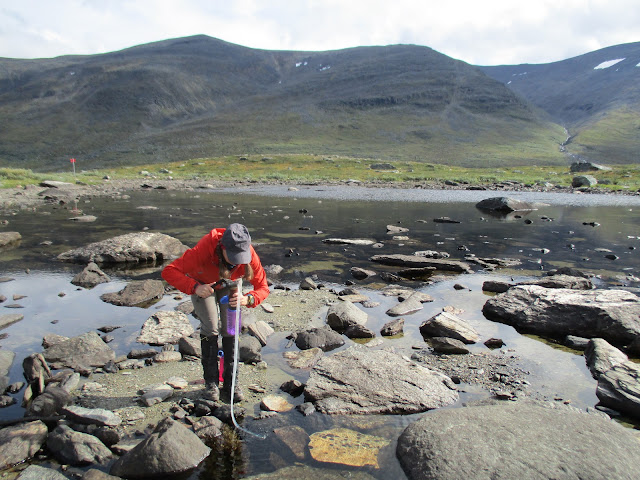 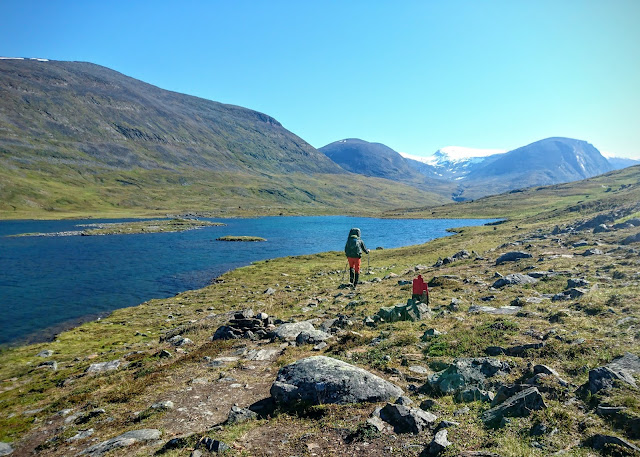