Chrissie and I have had a Terra Nova Southern Cross 2 for a while now. We bought it as a one-person-plus-dog, four season tent and it has served us well. We also currently own a Hilleberg Enan, which we use for three season solo use, and a Terra Nova Polar Lite 3, which we use for four season backpacking together (this will accommodate us along with both dogs, but we've mostly used it for just the two of us). And that lot doesn't include our old, faithful Terra Nova Ultralight Voyager, which we keep as a spare two person tent.

There was a gap in our armoury for a four season solo tent. We feel the Enan is a little flappy for wild, winter use. Our research revealed that the best buy, in our opinion, in terms of accommodation, price and weight, was the Southern Cross 1.

We bought the tent back in early August, before this year's Arctic trip, so have only just got around to using it. Chrissie took it out for one night close to home but I'd scheduled a 4 or 5 night trip through the Lakes with David (read about it here). So, these are my thoughts (mostly echoed by Chrissie) following that journey. We had overnight rain every night and three out of the four nights were in exposed locations. We had winds up to, probably, 20mph I reckon.

Developed from the Laser tent range, the Southern Cross 1 was a winner in the 2016 UK Outdoor Industry Awards. It's supported by two poles at right angles to each other. One is through a sleeve (blue pole)and the other pole section (red) forms an exoskeleton, with the tent supported by hooks. This second pole unit splits at each end to give two short legs. It has one door and the inner is asymmetric, with the side opposite the door following the curve of the outer. The inner door is half mesh, which cannot be covered. The inner is attached by small fastex buckles to the roof and four corners of the outer. The tent can be pitched inner and outer attached, or outer first. 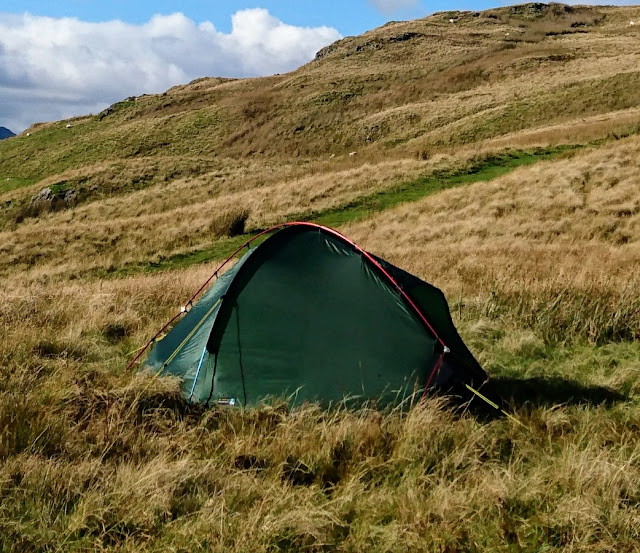 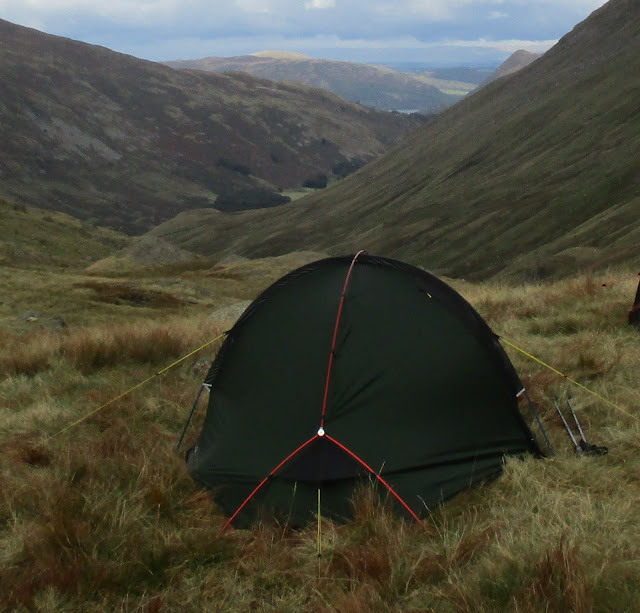 The tent pitches easily and quickly. I normally place two pegs at the windward end, one at each of the two corners. The red pole is assembled and its ends located in the tapes at the four corners of the outer. There's a choice of two eyelets and I would normally use the outermost of these. The blue pole  slides into the sleeve and each end locates in similar tapes. This creates tension and erects the tent. Now the hooks on the outer are easily clipped to the red pole assembly and the tent is fully supported. There are a 11 pegging points but we've added short cord loops to the bottom of the blue pole tapes, to take a further two pegs. So we're using 13 pegs and carry 2 spares. Incidentally, we are using MSR Groundhogs in preference to the lighter Terra Nova pegs supplied. The whole process of pitching takes less than 10 minutes. It may well take longer in a high wind.

The guys at each end of the tent serve to open shielded vents in the outer... 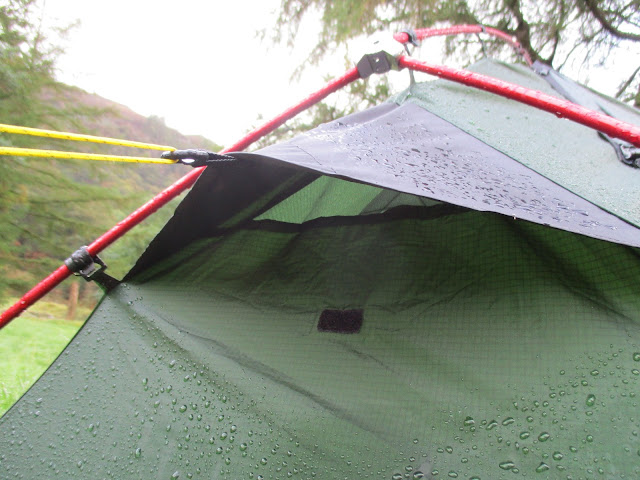 ...and vents in the inner (which can be closed with a velcro-secured flap) allow a through flow of air. 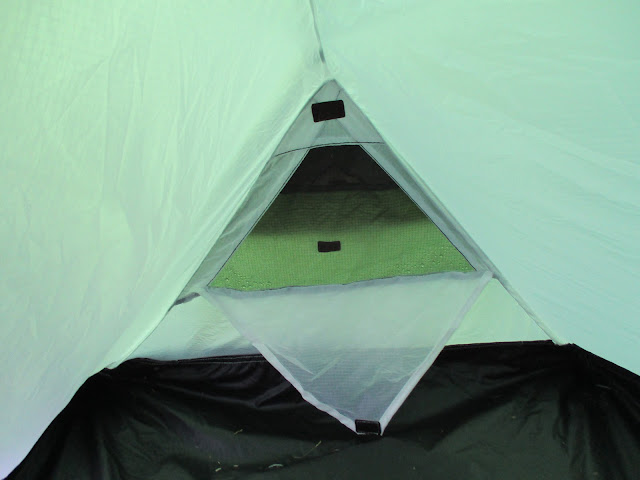 In common with the Southern Cross 2, there's a hook on the edge of the zipped outer door which allows the opened door to be clipped to the red pole. 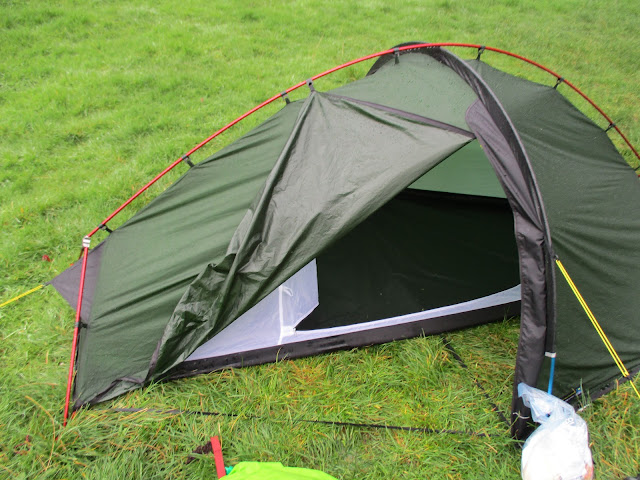 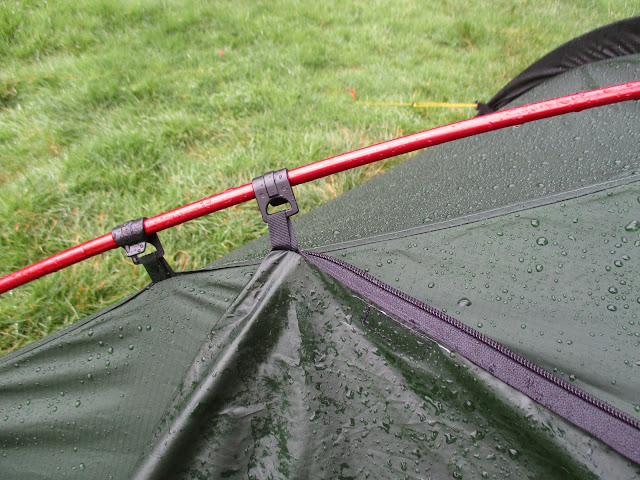 We use standard NeoAir XTherm mummy shaped mats and, once inflated and positioned with the foot end as far down the tent as it will go, there is a good amount of space left at the head end of inner; between 10 and 12 inches. I place my base clothes here once undressed for the night. 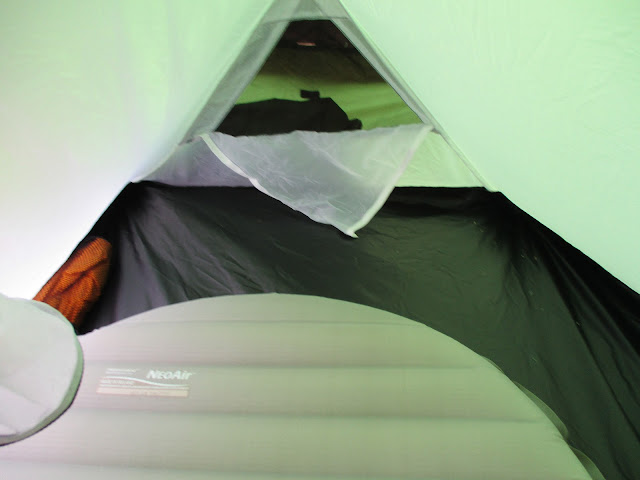 The available porch is roomy. I placed my, virtually emptied, rucsac in the closed side, away from the outer door. This is my 68 litre Osprey Kestrel. My boots are almost hidden from view behind the sac. 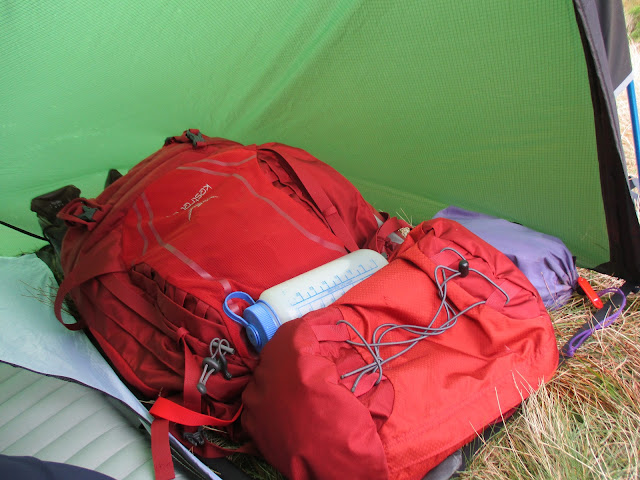 There's ample room in the other half to use a stove and store my camp/river crossing shoes. 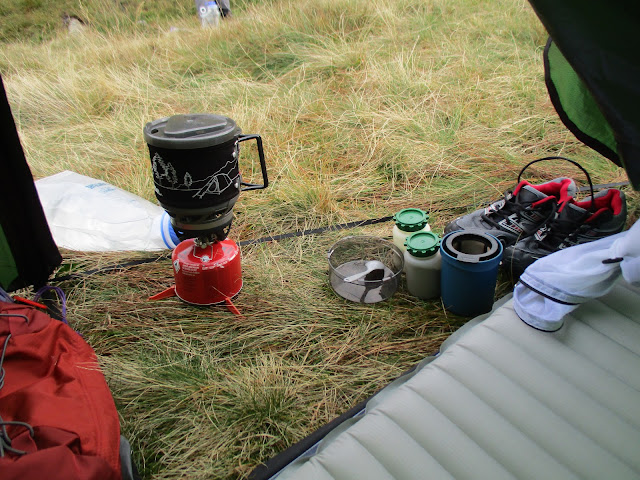 I found I could store pretty much everything else in the long, triangular space beside my mat. My sleeping bag's still stuffed in that pic. Once it's in use, even more space is available. There was also plenty of space out of the left of this shot for me to place my watch, headlamp, specs and phone (attached to a large Anker charger) overnight. You can also see the two good-sized mesh pockets on the side of the inner. I usually put stuffsacs in these.

Another feature common to the Southern Cross 2 is a small fastex buckle at the bottom of the outer door zip. With the door closed, this allows the bottom of the door to be clipped up, leaving an open section at the bottom. If you combine this with partly opening the double-ended door zip from the top, you are able to create an inlet and outlet for air, which allows you, with care, to use a stove, inside the porch with the door closed against wind and rain. 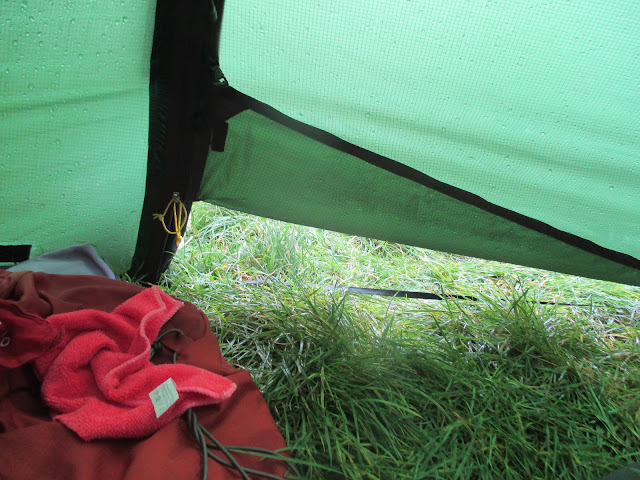 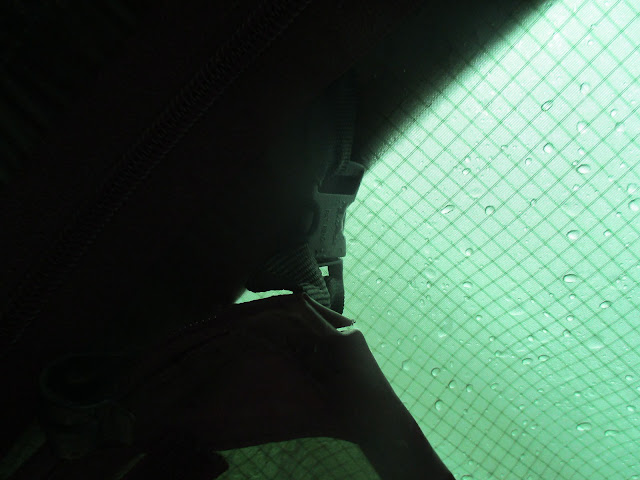 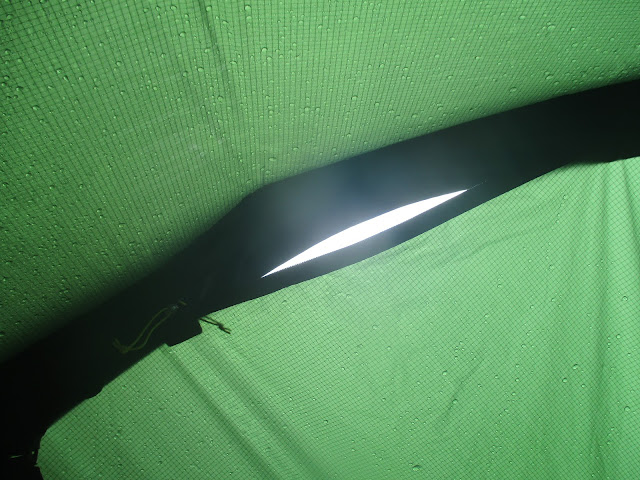 You can actually open the zip more than I've shown in that last photo and still get reasonable protection from rain.

I used my Thermarest chair kit inside the tent. I'm 5' 9" tall and I could JUST manage that, with my head touching the top of the inner. I sometimes found I had my head out of the inner. Don't ask why, it just seems to happen. It's not a problem.

I experienced some condensation on the inside of the outer, but it was nothing unreasonable and nowhere near as bad as the notorious Hilleberg Enan.

Given overnight rain each night, but fine mornings, I wiped the outside of the outer down with a small, microfibre cloth to save splitting inner and outer. On repitching I experienced only a few spots of water on the inner floor; easily mopped up.

I quite like the tent. It's not seen high winds yet but I can't see them being a problem. I think all backpacking tents are a compromise. There's no such thing as the perfect tent. You have to make your own choice based on specification, price and, crucially for most of us, weight. Having said that, I think the Southern Cross 1 represents good value for money in a lightweight (for a four season tent) package. Time will tell but first impressions are good.

For completeness, here's a link to Terra Nova's site. Note that, with our MSR Groundhogs and the spare stuffsac we carry in case we wish to separate a wet outer from a dry inner, we estimate our carried weight to be around 1.75kg.

Cheers, and thanks for reading. I hope you found it interesting and useful. 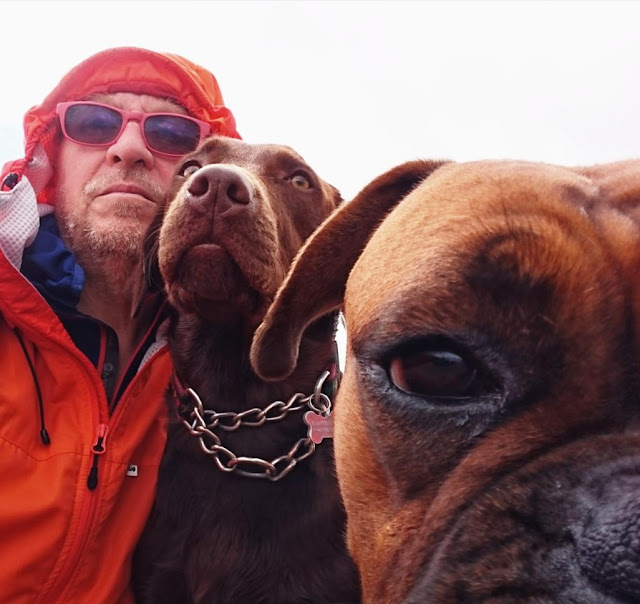