I'm 64 and, for some years now have confidently been able to state that I suffer from depression. I now realise I've done so for much, if not all, of my adult life.

I'm really not sure how, if at all, this affected me as a child, but I can now trace back to its beginnings in adulthood.

In 1990 I was working as a Technical Representative for Tetley's Brewery in Yorkshire. I'd been doing the job for around 10 years and it's fair to say I hated it. I was a square peg in a round hole. The work didn't suit me at all. I found it extremely stressful. Things came to a head sometime in the early part of that year. One day, I was so overwhelmed I fell to wondering how I might commit suicide. Driving my company car I considered the possibility of hurling it at high speed either into a wall or over a steep edge. I wondered if I could somehow engineer it so I'd die quickly. I finally made it home to my wife and daughter and collapsed in tears. I couldn't face going back to work.

I went to see my GP and he referred me, quite quickly, to a psychiatrist. After chatting for a while he decided I was suffering from "reactive depression" and recommended I find a different job. How easily that tripped off his tongue. I had a wife and three year old daughter, a mortgage and I was the sole breadwinner. I had no qualifications save for 5 GCE O levels. I was prescribed anti-depressants. I couldn't see a way forward.

I took many weeks off work and saw a clinical psychologist for several sessions. During my time off I went to a recruitment event for primary school teachers in Huddersfield. Amazingly, I discovered that the ONC in Business Studies I'd earned on day release way back in my first job as an accounts clerk in Leeds, was equivalent to 2 A levels and would give me access to a degree course to study education. And, in the end, that's what I did. I spent four years studying and really enjoyed it. Finally, it seemed, I'd realised my potential, having been a bit of a failure at school. As I studied though, my marriage fell apart and I met the love of my life; Chrissie. That's a whole other story but, suffice to say, finding Chrissie was one of the best things that's ever happened to me.

I was 40 by the time I finished the course but, despite this, I was the first in my year group to find a  teaching job in a private school near home. After a while I took a job in a state school in a deprived area. The head was one of the best managers I have worked for and there was a great, supportive staff team. The work was extremely rewarding. However, after a few wonderful years, everything changed. The head was promoted and the arrival of her replacement heralded much disquiet in the staff and, without going into detail, brought the return, for me, of the black dog of depression.

I was off sick for months this time. I well remember the occupational health doctor appointed by the local authority expressing her dismay to me at how many people she saw from teaching, the NHS and the police, suffering from stress, anxiety and depression.

In crisis again, and after lots of deliberation and support from my professional organisation, I handed my notice in and entered the world of supply teaching. I found I was quite skilled at this and was soon in demand from schools around the area. Gradually I was offered longer contracts; for a couple of weeks, then a term. Finally, a school offered me a full time post and, with a little reluctance, I accepted.

Again, all was well for a few years until the spectre of Ofsted loomed over the school. Pressure built among the staff and, feeling low, I followed best practice and went to speak to the head. She listened but had no suggestions. Next day, in the staffroom she asked, in everyone's hearing,
"Everything OK, Geoff" and I nodded. That was the entirety of the support I received.

I was called in to see the head after a colleague had routinely checked a sample of my class's maths exercise books. I was told there was no evidence of my teaching long division; an element of the curriculum for my year group. I was dumbfounded and didn't know how to react. I went back to my classroom and checked a random book and found examples of long division. My colleague had been mistaken. I went straight to the head but she was having none of it, finding something else to criticise instead. It suddenly dawned on me that my card was marked.

I rode home on my motorcycle and, as was my routine, I washed it down once there. As Chrissie arrived in her car she found me sobbing outside, cleaning the bike.

That was the beginning of the end. It was just before Christmas. I returned to school in the New Year for, I think, one day. That was it. I just couldn't cope any more. Suicidal thoughts plagued darker hours. I spent the whole of that year on sick leave. I saw a psychiatrist, occupational health doctors and therapists, all of whom did their best to help me heal. I began to realise that, if I was to survive I had to remove the stress from my life. After a long, difficult process, in early 2007 I was allowed to retire on ill health grounds and awarded early access to my pension at the age of 54.

That's 10 years ago now and I'd like to say retirement has seen an end to my visits from the black dog. But no. I've been on and off anti-depressants several times and had a number of courses of therapy. Despite the apparent absence of stress in my life I'm still susceptible to the creeping angst of depression. The silliest of things can trigger it. Returning from a trip away in the van just recently I found myself so overwhelmed with tasks around the home that I began crumbling again. With help from Chrissie, I got through it. The slightest of minor triumphs can lift my mood and this time it was simply ticking some significant items off my "to do" list.

I look back now and wonder why I've suffered so. I lost one of my two brothers, aged 12, when I was just 18. He died suddenly from a brain hemorrhage during a family holiday. Not long before I first began with depression a very close friend committed suicide, without my ever knowing he was having trouble. These two events may have had an effect on me. I don't really know.

I'm lucky to have Chrissie but she struggles too, to deal with me when I'm at a low ebb. It's hard for her. Fortunately, nowadays, bouts of depression are fewer. I know the benefits of exercise and have time for that, my day being built around, at the very least, a long walk with the dogs. And our precious pups have a role to play too. Their companionship is so important to me and Pebbles, in particular, is exceptional at recognising when either of us is upset, and quick to dispense hilarious, reviving boxer kisses.

Please don't think I write this to seek sympathy. I have the support of loving family members and am now more capable of dealing with dark times. I have a good life with love and fun in it. I'm very lucky. I wish only to add my voice to others seeking to be more open about the debilitating effects of mental illness. I often hear of others suffering, as I did, while quite young and, if I can, I do my clumsy best to give support.

My life so far has had a lot of positivity. In all the time I suffered I was a member of two different mountain rescue teams and, as many know, I rose to be team leader. I filled this role for over seven years, right through one of the periods I describe above. I still managed to lead the team and was also a regional controller, acting as first contact for the police for the whole of the Peak District. Looking back, I think my work with mountain rescue offered a distraction, an antidote to depression.

Depression is widely recognised and reported now and most of you will have heard the statistic that one in four of us will suffer with some form of mental illness in a lifetime. If, like me, you're one of those, I wish you well. Believe me you're not alone. No matter how hard it is, do your best to be open about it and ask for help. You deserve it. At various times I've put a lot of effort into keeping my illness secret. It's not a good idea, only serving to increase stress.

So, finally, if you know someone who is struggling, talk to them, be kind to them. You may never know how much they need it.

Having got all this serious stuff off my chest, we've a wild camp planned with friends this coming weekend, probably in the snow, so re this blog, normal service will resume very soon.

For perspective, I'll leave you with a few images of some of the most important things in my life. 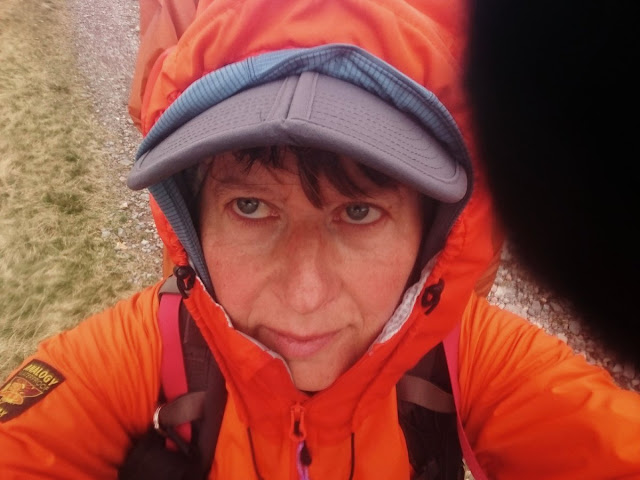 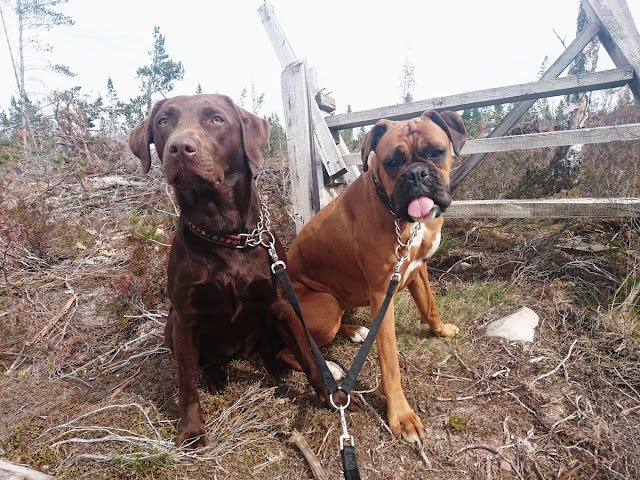 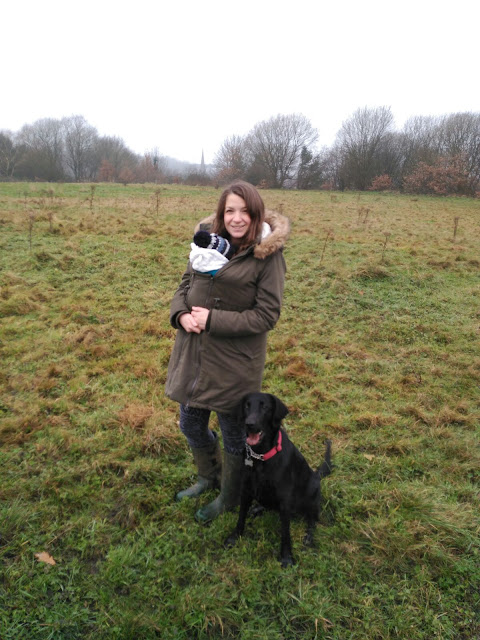 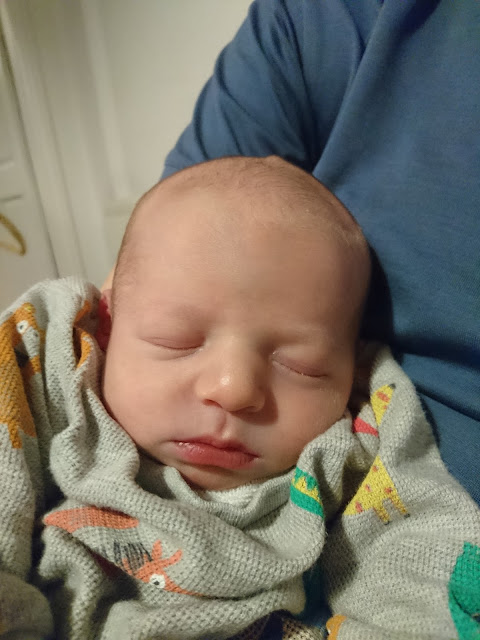 Smile. It may help.