Dale has an ambition...This year he's hoping, like me, to manage a wild camp at least once a month. He's planned a night on Kinder somewhere...so I agree to join him...on the strict understanding there'll be no jokes.

We head out from our home in Hayfield, on a bright, dry winter's afternoon, to pick up a route over Burnt Hill and past the Liberator wreck site. Dale ain't been 'ere before. I should add that he might well be better at photo-ography than wot I am. So I'll be sure to acknowledge which piccies he took. 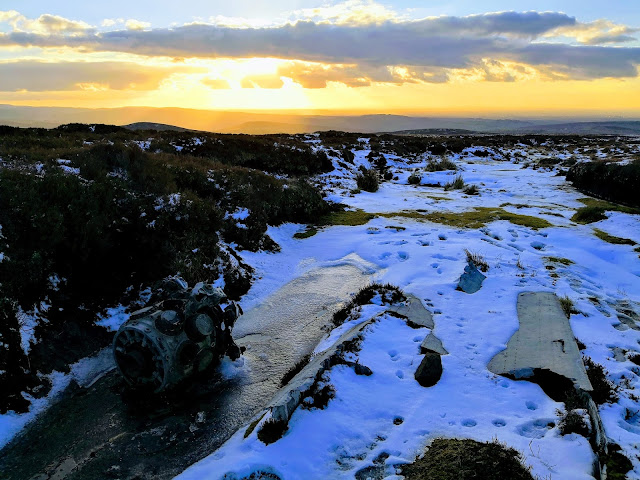 After a brief stop, while I bore Dale with my knowledge of the crash (both on board survived) we carry on up towards Mill Hill. It's a grand late afternoon. 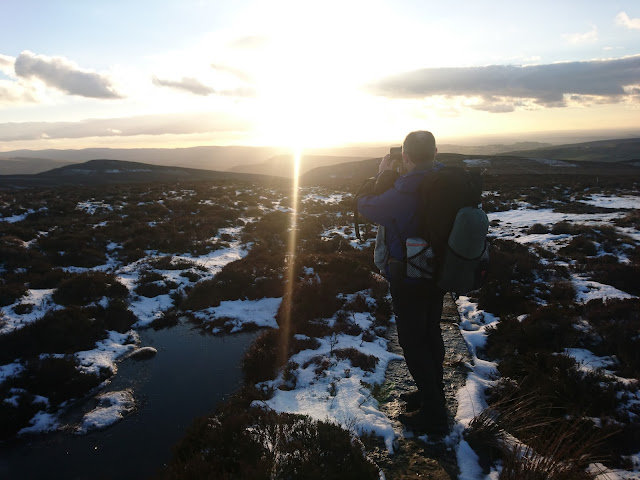 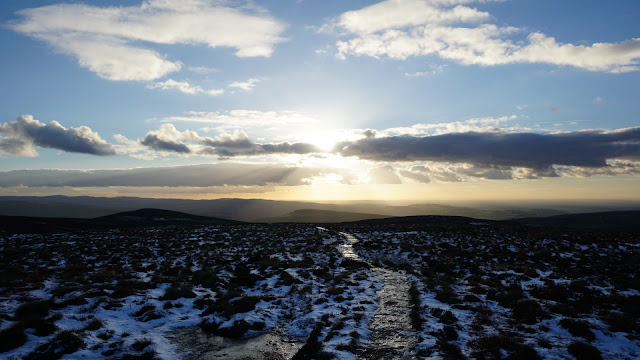 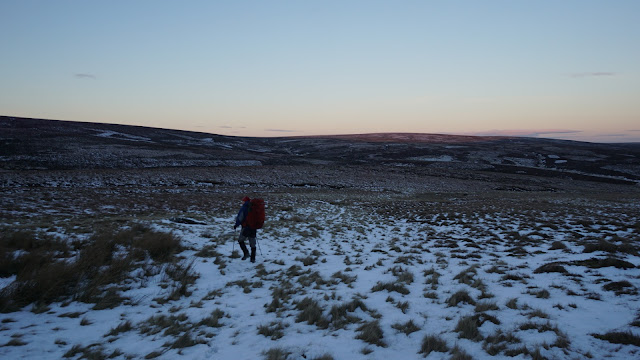 I'm in the lead, of course, cos Dale might be clever with photies but he ain't quite as clever as me at finding yer way around this bit o' Kinder.

After Mill Hill, we reach this familiar marker/signpost at Ashop Head... 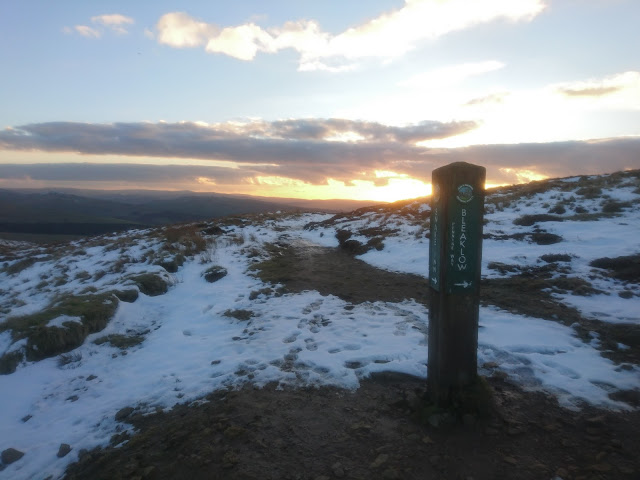 ...where we strike out, like proper adventurers, across the open wastes of the Ashop valley towards  the wreckage of the Sabres. Keen readers will know James and I were up here in December. Dale and others shoulda been here (or there) too but they weren't...long story.

Wading through deep snow (not really, but it sounds good dunnit?) we eventually find the wreckage. 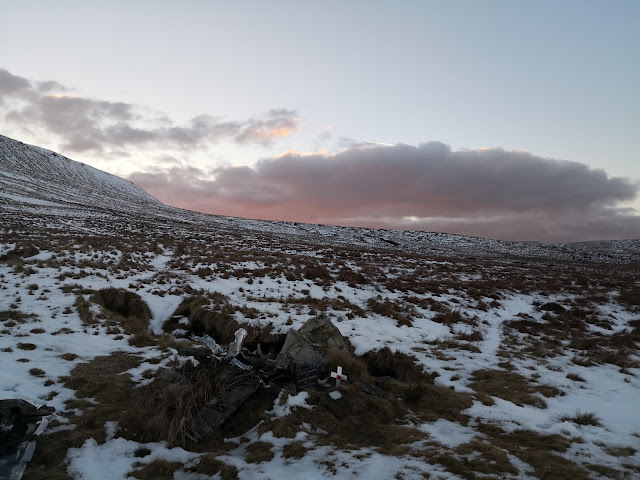 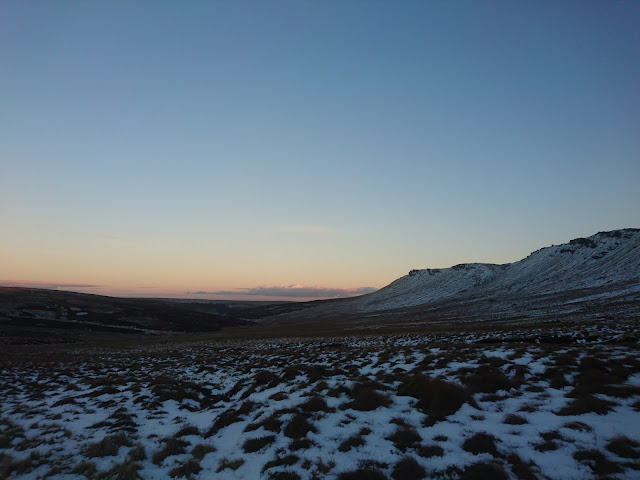 After a few minutes contemplating the fate of the two pilots who lost their lives here, we move to a respectful distance before seeking out a place for our tents. The ground's far wetter than when James and I were here in December. But after some faffing about we settle on the driest of the wet bits...and erect our shelters. 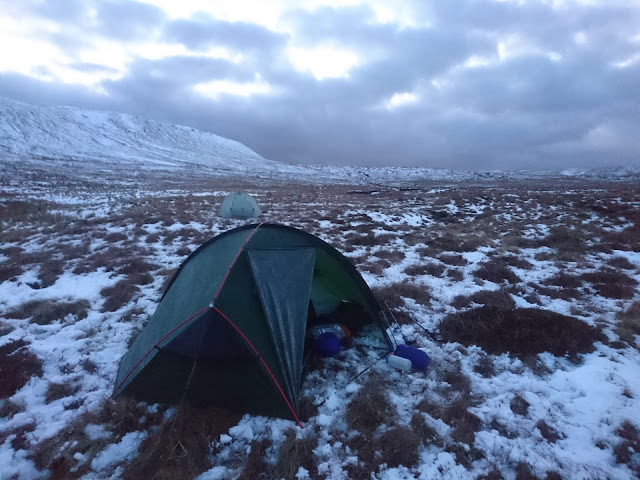 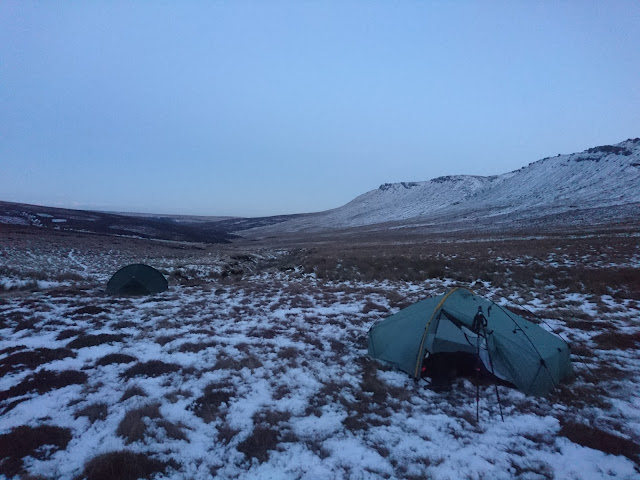 It's chilly. Just a little above zero. Chrissie used our tent last night, out with Fran. So it's wet, and ice forms on the flysheet as I begin to guy it out.

We're soon both settled into our private cocoons and the long winter's night.

In the early hours of the morning, more snow falls. The tents are covered. 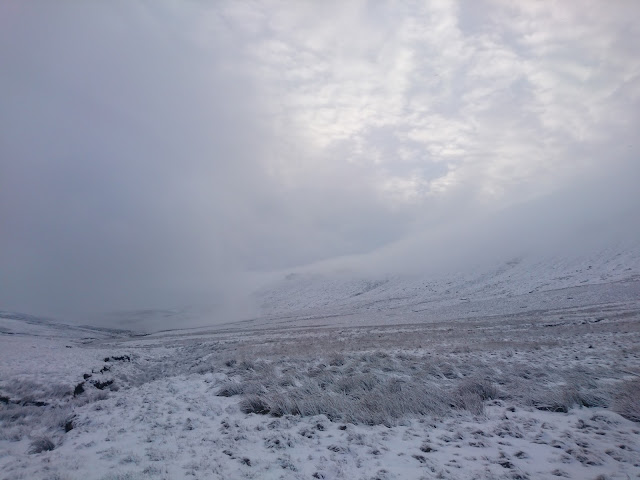 I breakfast in the warmth of my down bag... 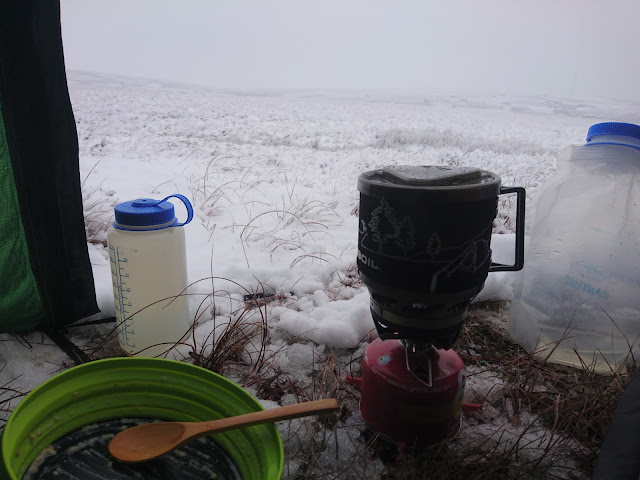 ...before venturing outside to view the snow covered valley properly. 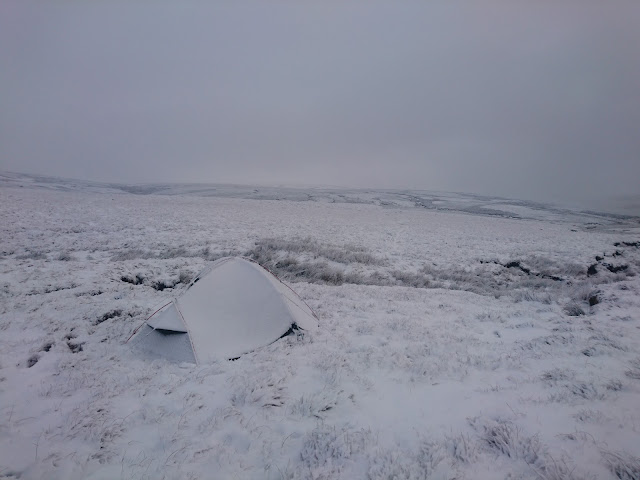 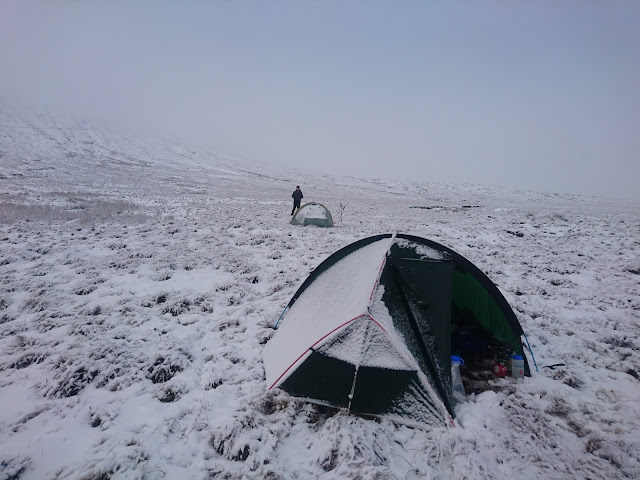 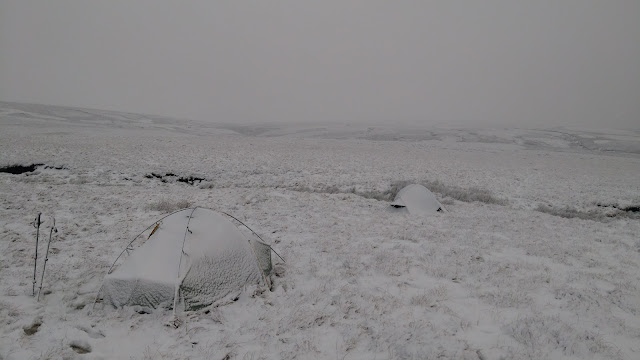 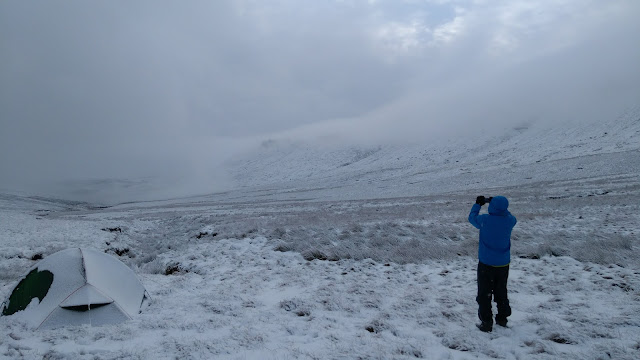 In freshly fallen snow, the atmosphere is magical. I love waking to scenes like this.

Decamping at a leisurely pace, we leave, trudging through the white stuff. Up to Ashop Head then onto the Snake Path, back home.

Dale wins two prizes. The first, for telling no jokes. The second, for taking some stunning pics.

What a fine way to spend a night.