This journey really is a roller coaster.

We came back from a weekend away to find two letters re two different appointments on the same day, Sept 11th. One is for a glomerular filtration rate (GFR) test and the other for a kidney scan. These are two big ones. The GFR process takes 6 hours. I'll be injected with some radioactive stuff and 4 blood samples will be taken over the 6 hour period. This shows how quickly the kidneys remove the stuff from my blood. The scan involves another injection and a scan is taken 2 hours later to show up my kidneys. Both these test are done in the Nuclear Medicine Centre at MRI.

Rereading the donation info revealed that this leaves only two further tests; an ECG and an ultrasound scan.

The letter re GFR tells me not to take any excessive exercise (nor caffeine, nor alcohol) on the evening before. I wondered if cycling to the hospital would be ok. I phoned Guy, my Transplant Coordinator to ask. He didn't know but said he'd check and get back to me.

A couple of days later Guy phoned and told me cycling in would be ok, but I must be there an hour before that test to allow my body to settle down. That means getting in for 8am, which is no problem. An early morning ride sounds good. Traffic may be quieter.

I took this opportunity to ask Guy if I was right about just the ECG and ultrasound left after these two big tests and he said, essentially, yes. He also told me that my ultrasound was booked and I'd be getting a letter shortly and I'd probably see the nephrologist (kidney specialist) doctor on either 19th or 26th of September, his surgeries being on Wednesdays only. At this appointment I should have the ECG. This doctor will assess my tests and decide if any extra ones need doing. It seems there may be another due to my age. Guy also said he didn't anticipate any problem with my GFR since the blood sample he took showed a GFR of 90, which apparently is the highest rate a blood test can show. Finally, he said I'd have a final scan before seeing the transplant surgeons. According to Jamie's transplant nurse, once I see the surgeons we'll know the end's not far off.

So, from feeling everything was going to take ages, it now appears that many things are going on within the next month or so.

In other news Jamie has been added to a waiting list for a deceased donation and simultaneously suspended from it, since he has a potential living donor. He will though start accruing points so if something goes wrong with my offer he will then be a high priority. 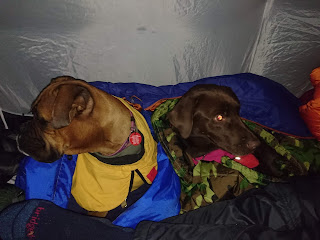