Passing time in the Cotswolds

Last week me 'n' Tilly took our lovely van back to its place of birth in Willersey, Gloucestershire so the nice men at Auto-Sleepers could replace the kitchen window surround, which, evidently, required ripping most of the furniture apart.

We drove down from the frozen north in the evening, availing ourselves of the electric hook-up outside A/S's service department. The nice men reckoned they needed all day and since they were kind enough to do the work for free even though the van's well outside their warranty, who was I to argue?

Leaving the picturesque village of Willersey we passed the church. 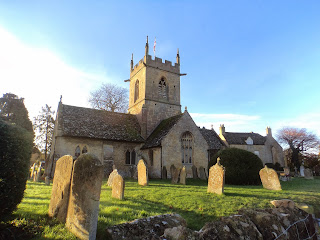 We carried on across the fields to Saintbury and were both impressed by this sign. 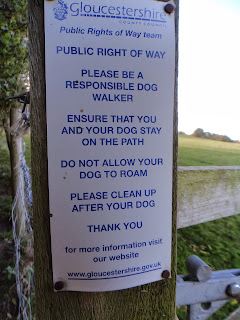 Why? Cos it said nowt about dogs on leads ... which T and I found quite refreshing in a dog and master type way.

We seemed to be on this route. 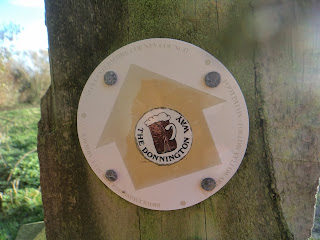 And there were lots of wide-open-spacey-viewy type bits, like this. 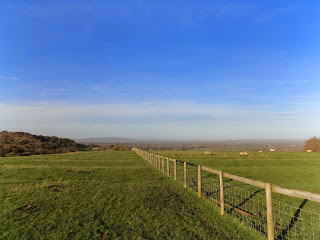 We walked up Dover's Hill, where I forgot to take a pic, such was my pleasure in the surroundings and then found ourselves on part of the ... 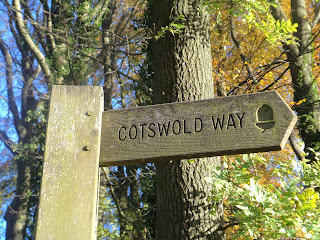 ... which was good, cos that's where we'd planned to be. Always a bonus to find oneself to be where one'd planned to be. Mind, we were using Chrissie's clever Satnavvy thingy so no excuse fer getting' lost really. But ... you never know do you?

Shortly after joining the Cotswold Way we joined the Mile Drive, which seems to a wide avenue of trees which is ... a mile long. 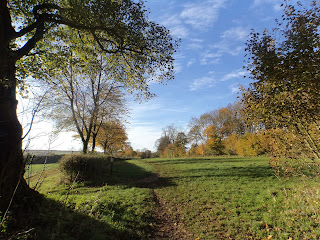 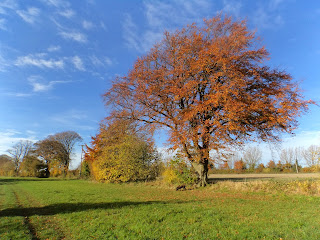 We crossed a road at the top of Fish Hill and wended our way into Broadway Tower Country Park, the better to see ... Broadway Tower. 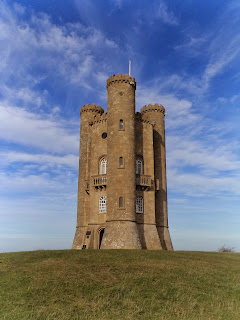 Which is interesting you see, because it featured in Michael Portillo's, rather quite good, Great British Railway Journeys on't telly just last night and, prior to last week, neither me, nor the chocolate dog nor, indeed, the oh-so-knowledgeable Chrissie, nor even Dixie had heard of it before.

"I've bin there", exclaimed Tilly as old Portillo climbed the hill, "just last week". And she was right.

Michael wasn't there though. If he had been I might have had a cup of tea with him, and Tilly MIGHT have shared a biscuit (or she might not've). Question - is not've a word? I think it is and Tilly agrees, especially re biscuits and sharing ... or not!

Anyway, back to the tale. We left the magnificence of the tower and trundled downhill, noting this lot en route. 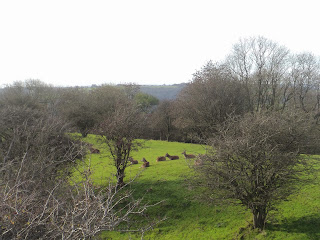 They were deer ... not sure which brand.

On the way, we met a lovely couple from Moreton-in-Marsh with whom we chatted for a while. They were very friendly ... for southerners.

We were interested to see they build dry stone walls hereabouts. The stone's limestone, but of a warmer, honeyish hue, unlike the bright white of the White Peak. Somebody was making a pretty good job of reconstructing this 'ere wall. 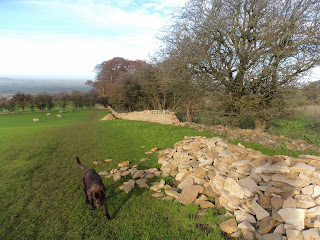 And we came across these two bruisers, who actually looked very tired. I can understand why. One of 'em were consoling 'imself by scratchin' 'is ear on t'other's nether regions. Very chummy I thought, and left 'em to it. I did like their braces though. 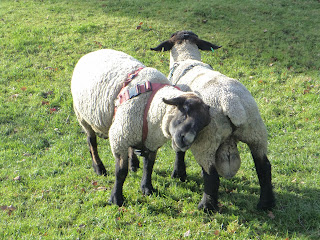 Then we headed off again towards ... 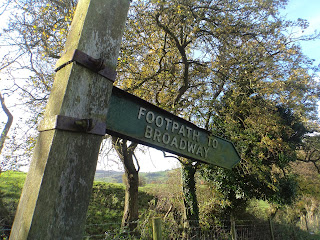 Which was at the bottom of the 'ill. 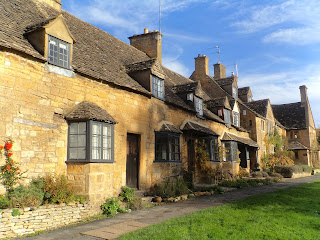 We met another nice couple, who were exceedingly complimentary about choccy drop's figure, which I took as a compliment, cos that's what it was and so did she ... Tilly that is.

Broadway's famous for being very chocolate-boxy.

We found this ancient mile stone ... 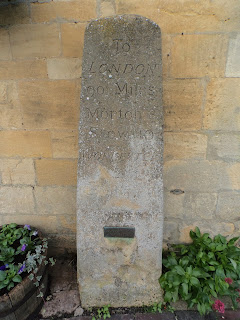 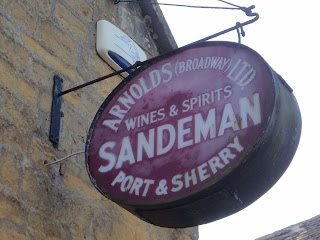 We ate our lunch on a green in Broadway, got temporarily misplaced (despite Chrissie's Satnavvy thingy) but then Tilly found the path back to Willersey (hence this pic of the south-bound end of a north-bound lab). 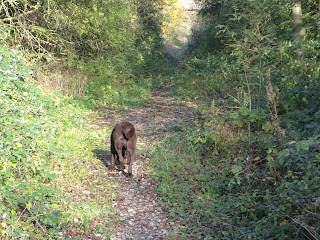 Back in the village we located the New Inn, which had been recommended as dog-friendly by the nice folks at Auto-Sleepers ... and it was. So I was forced to drink two pints of very pleasant Donnington beer and Tilly made friends with a yellowy-type lab called Jenna with whom she shared crisps, mini-cheddars and water and then we walked back to where we'd left our lovely van. And the nice men had fixed it all up for us so we celebrated with tea and stickies and spent another quiet night on their hook-up before returning home the next day.