We've gone off the Lakes. Always too busy. But ... an invitation from James to join him for the weekend at the Camping & Caravanning Club's Eskdale site did sound tempting. We'd nothing else on ... except clothes of course; we're not perverts, so, off we went.

We had a horrendous journey late on Friday afternoon cos of a nasty accident on the A590, 'hope no-one was hurt (update, thankfully only minor injuries). But we did final get there, tired and hungry. Pizzas were soon in the oven though and beer in the glass as James joined us for drinkies.

Next morning we had Scafell in our sights. In sympathy with the ageing boxer, Chrissie joined us for the first hour of the ascent before returning. James, his staffie Reuben, me 'n' Tilly continued towards the summit. 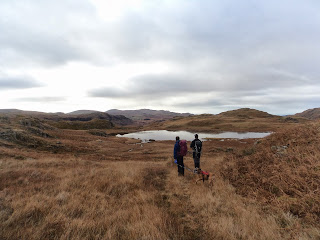 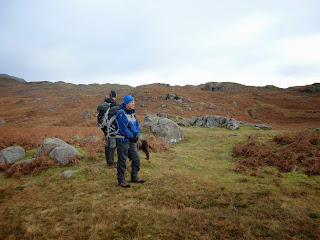 My beloved took this photo, then proceeded to tell me I looked daft! 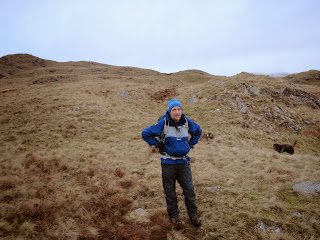 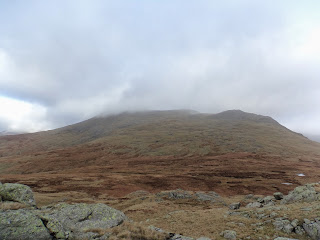 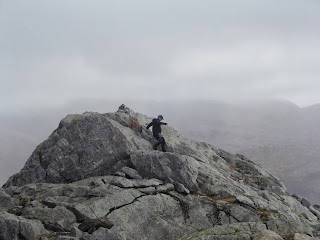 As we approached the summit we found more and more snow. 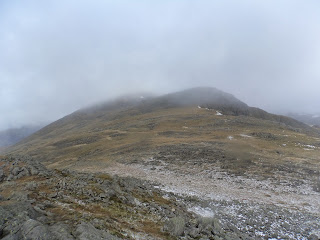 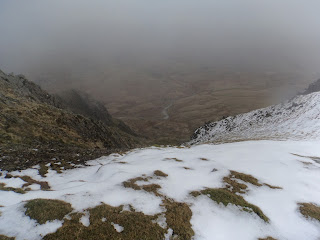 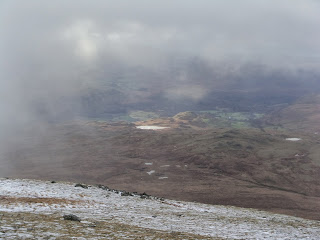 At the top James tried to get Reuben to pose for a photo but 'e was having none of it. 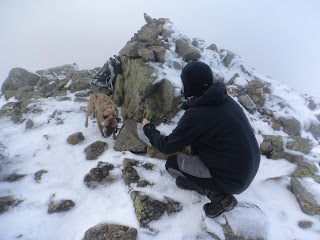 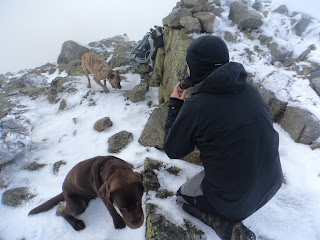 Our descent from the summit needed our microspikes and poles/axes.﻿ 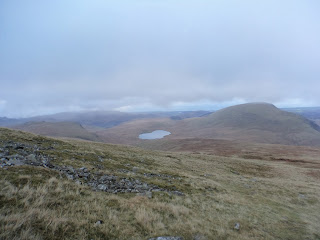 It was a tough walk; took us over seven hours and we finished in the dark. It'd been great fun.

It's a great little campsite, with non of the usual club regimented pitch markers. 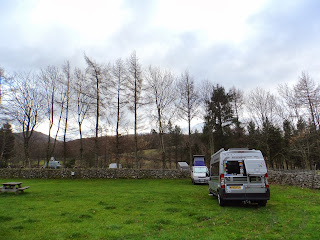 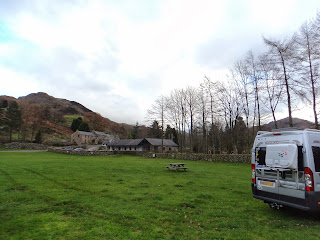 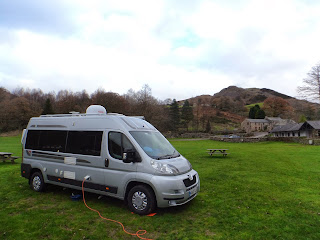 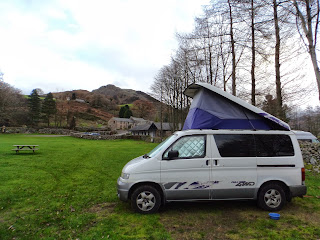 We're really NOT telly addicts but our new satellite system meant we were able to watch the 50th anniversary episode of Doctor Who on Saturday night. Such fun. Chuck in an appetising dinner, a few drinks and it made for a very satisfying evening.

On Sunday James had a long route planned. He'd booked Monday off. Sadly, we needed to get back home so settled for a short bimble up to Burnmoor and Eel Tarns. 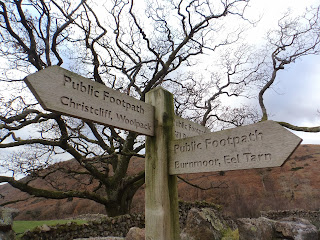 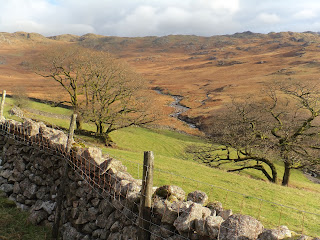 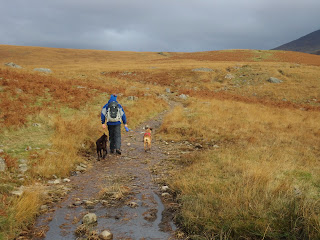 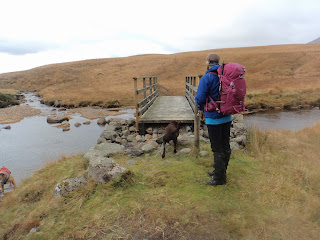 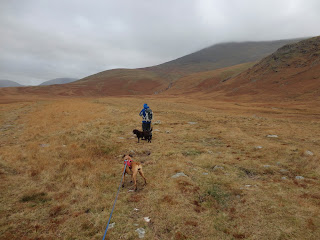 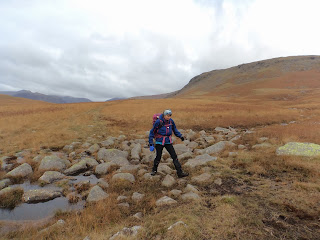 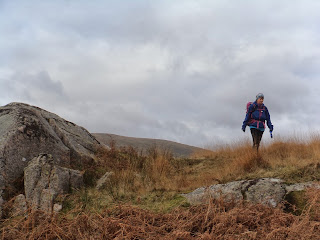 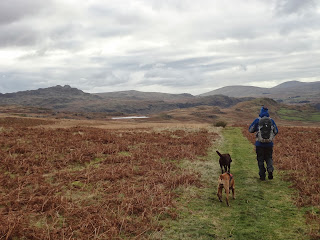 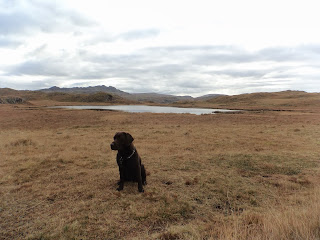 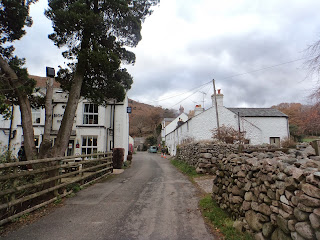 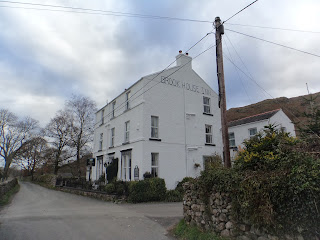 After an enjoyable, relaxing wander Chrissie produced a delicious lunch before we departed for home. 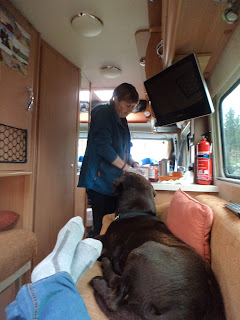 A super weekend. Good company, great walking and a smashing site run by the friendliest couple. We'll definitely be back.
Posted by Geoff Crowther at 17:54