Chrissie and I are in contact with lots of outdoorsy types via the internet and, of late, there does seem to be a trend emerging; a number of proponents of ultralight camping (I include both backpacking and cycle camping) seem to want to evangelise their thoughts and ideas. Now, I'll say first; it's a free world folks. If you want to travel light and fast then that's fine, and I'm grateful for hints and tips I pick up from time to time, but the worrying, nay irritating, aspect is how quick some are to criticise those who don't follow the ultralight creed. "WHAT have you got in that rucsac?", "... that jacket's WAY too heavy," being all-too-typical comments.

So, in response, a few thoughts of my own, from a lightweight, but not ultralight, traveler's perspective. Oh, and by the way, you really DON'T have to take any of them on board.

First, my experience. Well Chrissie and I started backpacking around 20 years ago. When we were both working we used to spend 3 weeks in the US each summer, exploring backcountry areas. We normally built our trip around a week long backpack somewhere wild. We've visited Yosemite several times, each time completing a week long trip into the wilderness. We've also backpacked in the Pacific Northwest, Wyoming's Wind River Range, the Grand Canyon, Mount Whitney, New England including the White Mountains, the Kenai peninsula in Alaska and Lake Superior's shoreline (one of our hardest trips!) as well as Algonquin in Canada. On most of these trips we got used to carrying up to eight days supplies, being in regions where resupplying wasn't an option. Although usually in the summer, we've experienced some pretty extreme weather; from desert conditions in the Grand Canyon to heavy snowfall in the Wind River Range. 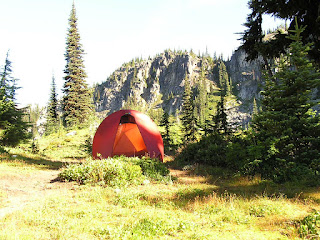 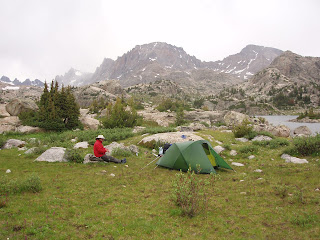 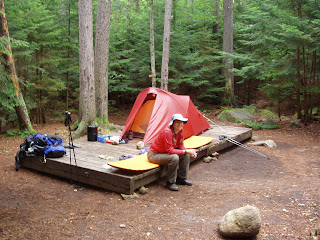 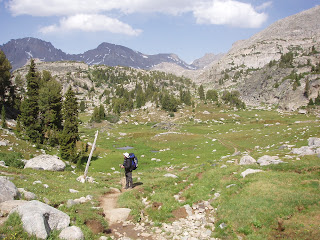 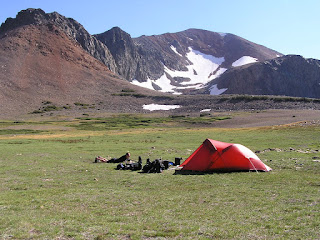 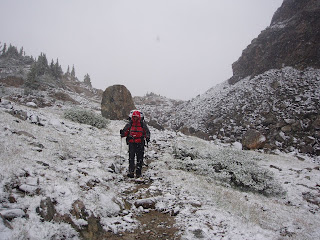 In more recent years Chrissie's taken the lead in backpacking in the UK, while I've focused on cycle camping/touring, including an unsupported Land's End to John O'Groats ride last year. Increasingly though, I've been doing more backpacking here too, often with my dog, Tilly (a BIG chocolate lab). 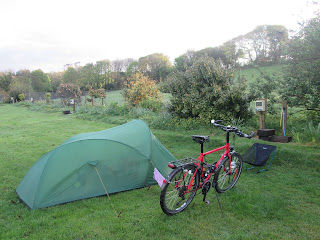 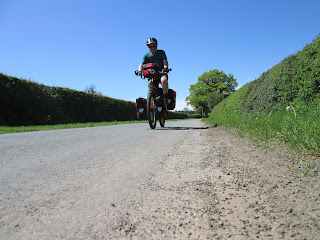 In addition to all the above, without boring you with all our hillwalking exploits, Chrissie and I have, together, 48 years experience in mountain rescue teams. Latterly we were deputy team leader and team leader respectively for several years.

So let's start with the oft-quoted "big three"; rucsac, tent and sleeping bag.

First up, rucsac. I'm currently using an Osprey Xenith 75. Chrissie and I switched to Osprey rucsacs many years ago while travelling in the 'States, before Osprey were sold in the UK. At the time, they were a good bit lighter than the Karrimor and Berghaus sacs we'd been using. We've stuck with them ever since, primarily because they're comfortable when carrying a heavy load. They have a good range of pockets; my Xenith has two in the lid, one on each side of the hip belt and a couple of huge ones on the bag, which, after minor modification, can take a two person tent, enabling you to better organise your load. So, no, my rucsac isn't under the "magic" 1kg, but I can carry it, fully loaded, a long way, let's say 15 miles on a recent trip, without any discomfort. 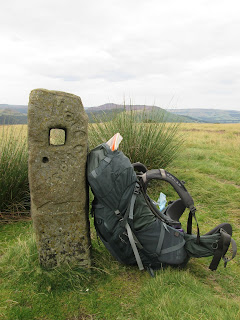 Next, tent. Well, this is complicated since over the past twelve months we've upgraded our "stable" of tents. We'd been "mostly using" Terra Nova Voyagers in various incarnations for probably 15 years or more, without any problems, but recently decided to see if we could lighten the load a little. Hence, we now own a Hilleberg Enan, a Terra Nova Polar Lite 2 Micro and a Terra Nova Polar Lite 3. They are, respectively, one person, two person (or one plus dog) and three person (or two plus two dogs; we're dog-orientated in case you didn't realise). The Enan is a superb little tent, weighing only 1.1 kg and saw Chrissie well for 7 nights in arctic Sweden and me on a 3 night, autumn, coast to coast cycle recently. The funny thing about the Enan is, it weighs little more than a decent bivi bag yet has oodles of room for one, including plenty of space to cook in the porch. We've only tried the Polar Lite 2 Micro for one night each, but it looks good, has just enough space for two, pitches outer first and is a proper 4 season shelter; it weighs under 2 kg, including better pegs (MSR Groundhogs)., So it weighs up similar to our Voyager but has a higher spec. The Polar Lite 3 weighs around 3 kg but we'd never use it solo, so taking both our dogs gives us a load of around 1.5 kg each; less than our two person shelter, which we often use solo with one dog. Of course, there are lighter shelters out there, especially if you consider tarps, but I've noted how many add an inner to the tarp, making it like a tent anyway and, personally, I want a shelter which is easy to pitch in poor conditions and designed to stand up to foul weather, even if the wind changes in the middle of the night. 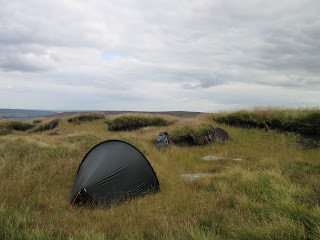 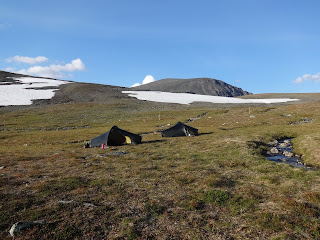 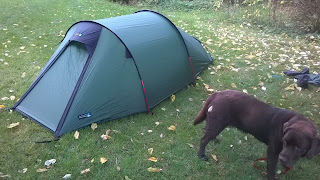 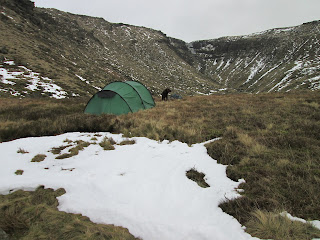 And sleeping bag? Well, this is a personal thing I know but yes, I like to sleep without any clothes on, and I want to be warm and cosy. I don't own a synthetic bag but have three down ones. The most frequently used is a Rab Ascent 700 which is a wider-than-normal mummy bag, since I'm a restless sleeper. So, no, it's not light, but it's given me the best night sleep I've ever known when camping which, for me, is important. There may be a time when I need to add some clothing to keep warm but I'd prefer that to be an option, not a necessity.

Like many of you out there, we're always on the lookout for ways to reduce weight but, and here's the nub, we have an invisible line, over which we won't step. We want to be comfortable and secure in the knowledge that we're carrying everything WE think we need to stay safe and happy. We want trips to be pleasurable; challenging maybe, but not a test of hardship and endurance.

We're now both lucky enough to be retired and in good health, so there's hardly a day goes by without we're out with the dogs on the hills surrounding our Peak District home, regardless of weather. What this does mean is, notwithstanding the experiences related above, we do know what clothing systems work for us. Anything that doesn't come up to scratch gets relegated to the back of the wardrobe, sold or recycled via charities.

So, on behalf of all the non-evangelical, lightweight campers out there, be aware; there's room for different opinions, different ways of doing things. So, next time, before you think about shoving your sawn-off toothbrush sideways down my throat ... have a care; we're all outdoor enthusiasts, we ALL like getting out and doing it ... in our own way.

Hey ... don't take all this too seriously folks, just adding my thoughts to the mix, passing a damp, dreary afternoon here in Hayfield. Really not looking for an argument, but I'd be happy to hear your comments on here ... so long as they're not too shouty eh? Or I'll set my ferocious dog on yer! 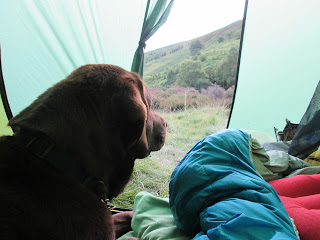 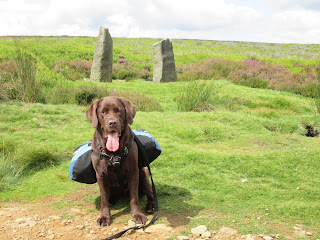 Right, back to planning.