Been back a couple of weeks but it's bin quite busy around here. Time I updated the blog. 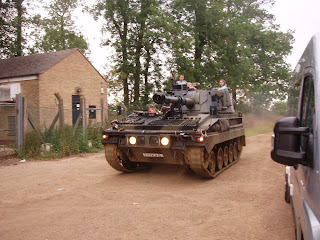 What the heck's a tank doing in a tale of our journey to the Pyrenees? Well ... I'll tell you.
We set off a day earlier than planned; Chrissie had no work, the pups had gone to kennels so the place felt empty. We headed for this wild camp spot near Melton Mowbray. Had a pleasant meal and were just watching the news, when Chrissie said,
"What's that noise?"
"It'll be a tractor, probably working in that field."
"No, it's a  tank"
"Don't be daft ... bloody hell!"
Whereupon the beast in the pic rumbled past, carrying a driver and grinning kids. I got out, waved and took this pic. Evidently it's a privately owned Chieftain. Must be a lot of bovver in these parts if you need privately owned tanks!
Anyoldhow, after a night here and one at the Folkestone CC site it was off for our second trip this year to la belle France.
We'd had little success with aires at Easter but were determined to try again, maybe even wild camp. So, here's the first aire of the trip at Mesnieres en Bray, NE of Rouen. A beautiful stopover, even if the local shop was shut for the hols. 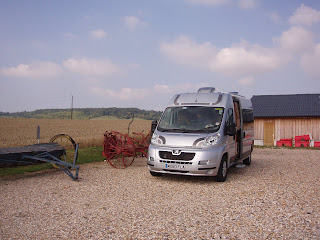 We enjoyed wandering around this delightful little place. This tiled artwork adorned a well outside the church, 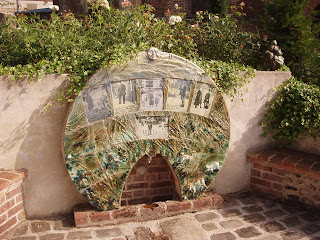 whilst this old mill was beside the river. 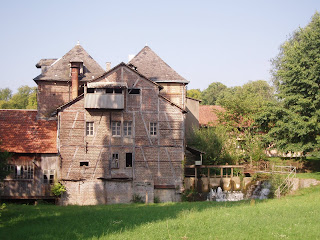 Moving on next day, we stopped at another super aire, this time with proper hedged emplacements. Can't remember where this was! But, as with the previous one, it was free. 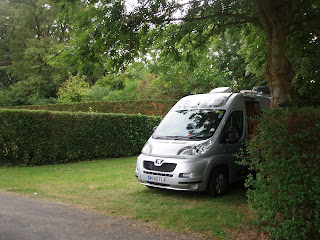 And another one. in a lovely walled town. Again, free. I know I'm probably preaching to the converted but, aren't French aires a brilliant insitution? So wonderful to be welcomed. No "No Overnight Camping" signs here, eh? 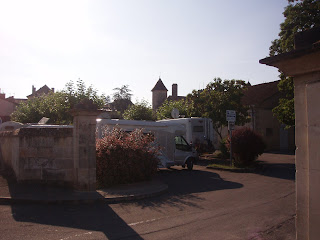 And then we rolled into Lourdes. An interesting place and an important destination, especially for Roman Catholics. As Chrissie said, everyone seems to have a story here. Lots and lots of folks in wheelchairs or with other physical problems. It does make you wonder and contemplate how lucky you are ... or should I say WE are. 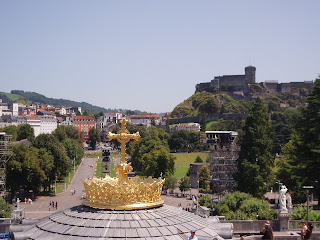 After our brief visit to Lourdes we wound our way up to Cauterets; a delightful little tourist town in the mountains. Not too commercialised though. On arrival we pitched up here; one of two aires in the town. 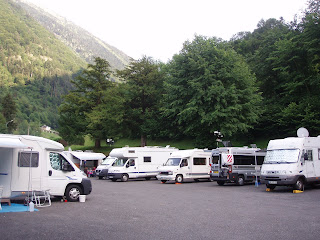 But we planned to stay in the area for a few days and, since this aire cost 10€ per night, we chose to move to a campsite costing only 16€. It was just a ten minute walk north of the town centre. Basic but a really tranquil place. 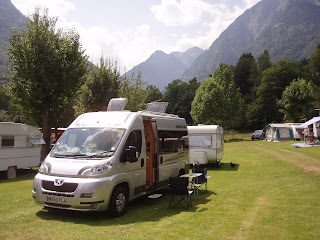 This photo, taken on the site, is entitled, "Blue Butterfly on Blue Croc". 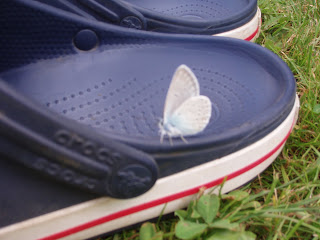 Here's the old wooden station building in Cauterets. The railway closed some time ago but this place is now used as a community hall. 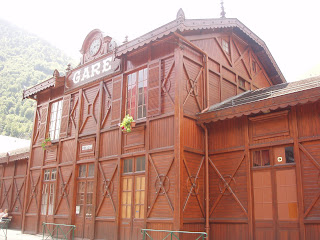 Cauterets is a ski resort in the winter, but in summer it's a popular base for walking in the mountains. We enjoyed several meanders amongst the peaks. 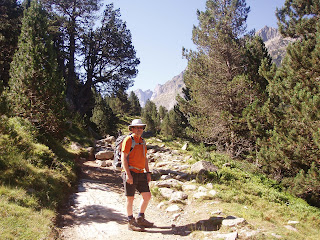 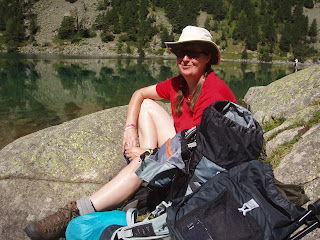 And me, fillin' my face in the same location. 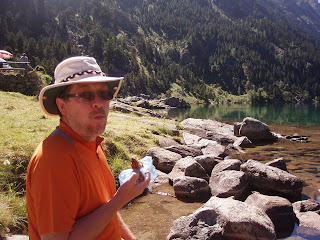 A revelation of this trip was the discovery of how quickly you can cool the van by opening the rear doors. This is another benefit, not only of a panel van conversion, but also of the rear lounge layout. Opening the side door and the big Remis roof vent makes it feel like you're sitting in the shade under a big, tin gazebo. Chrissie's busy checking emails via my smartphone and Vodafone's excellent data traveller service; £10 for a months web access, 25MB a day limit, plenty for keeping up with emails and looking at the odd web page. 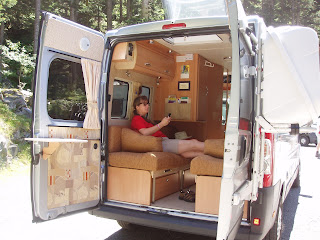 Here's a pic from our trek up the Valee de Marcadau, from Pont d'Espagne. 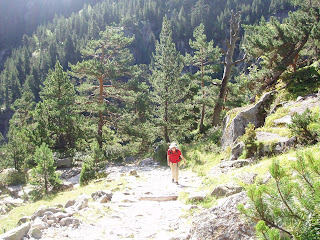 And this is one of the views we were rewarded with at the head of the valley. 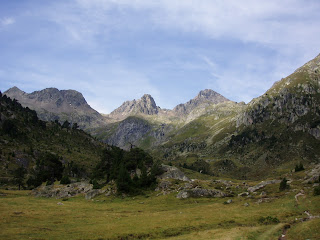 Near the Refuge Wallon, Chrissie filters some water using our superb First Need water filter. We've used this for many years and it never lets us down. It's one of the very best available and turns the muckiest puddle into clean, safe drinking water. 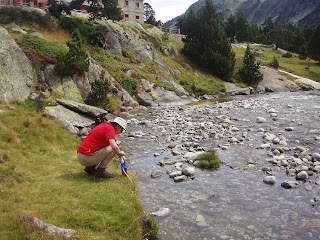 Another beautiful scene up at the head of the valley. 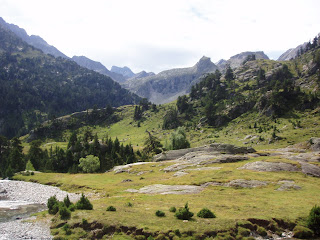 ﻿
﻿
On the way down we met a guy bringing supplies up to the refuge with two donkeys. Albert, the lead donkey, was a touch disobedient. Despite Chrissie stepping to one side, he still tried to push her down the steep valley side with his pannier. 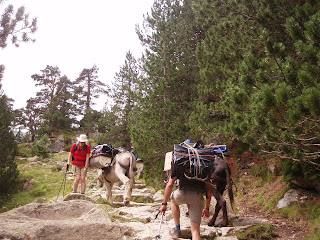 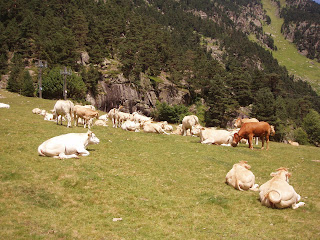